I was born in Sao Paulo, Brazil just like my mother. My father was born in Raul Soares, a small city north of Minas Gerais, one of the major states in Southeast Brazil. From my mother’s side, we have some Portuguese and Italian heritage and from my father’s side we have a mix between native Brazilian and African roots.

I had my DNA analysed so I can say that I am more than 52% Portuguese, a little Italian and a very interesting mix for the rest. But 100% universal when it comes to my mind – no boundaries!

Both of my parents had a Catholic background, but I grew up on a Baptist environment. They wanted a school that had some kind of religious teaching and there was this one just one block away from home. I stayed there from Kindergarten until high School, receiving all kinds of Bible studies and weekly worship sessions. It was very important to me as I could develop on an early stage a sense of the divine and also to study in depth the bible, even though it was done in a particular interpretation.

Both of my parents are very intelligent, well educated and have a passion for music and arts in general and also for all kinds of readings. My dad in particular has a special interest in religious and occult studies. While I was growing up, we would have these conversations about all kinds of subjects regarding spirituality. He recommended me some important readings that helped me to let go of the religious concepts of my school.

After I graduated from high school, I went to do Journalism in Kentucky, USA. It was a Baptist University, so I continued to have the same religious studies and the worship sessions from back home. But now I wasn’t enjoying that much. After a couple of years, I came back to Brazil.

I started to do a marketing bachelor for the next fours years. On the very last month of the course while we were doing our last task as a group, preparing ourselves to graduate, we were having this meeting at a friend’s house to talk about our presentation. At that time, I wasn’t so happy with my life. I had just left a job, I was looking for another one and also having all the pressure from graduating. It was then that one of my friends asked me if I was interested in consulting with someone at a spiritism center.

If you don’t know what spiritism is, please click here.

I was very afraid as I’ve never had any direct contacts with “spirits” before, I thought. Despite the fear, I accepted the invitation. It ended up changing my life. I had a lot of good experiences there and it was just the “push” that I needed.

I started to study the religion – they call it “philosophy”, but that ship is sailed – and it started to open my mind in various ways regarding some interesting subject such as reincarnation, the interaction between other planes and dimensions, the afterlife, the meaning of life, among other things. I took it seriously and I did a formal spiritism course of two years and got really engaged in the community. It looked like I was remembering things, not that I was learning it. It felt very good for a while.

After a couple of years, somethings started to bother me. It looked like it was hard for some people in the movement to accept some “new” concepts such as extraterrestrial life and some other “truths” were really bothering me such as “we forget our past lives when we reincarnate because we need to fix our problems without the emotional component”. How can I fix something if I don’t recall it? But the worst part was to see that spiritism was behaving the same as any other religion with all the dogmas and rituals, in some cases. Some logical thinking was being replied with “faith and hope” arguments, the opposite of the logical approach from its founder.

My mind was opened for all kinds of new experiences such as acupuncture, reiki, color therapy, light, therapy, etc. I did it all!

It was about that time that I found a website of a man who promised to tell the whole “truth” about the world and do a “genetic quantum leap” in our bodies and minds. I don’t know why such a statement appealed to me, but it did. To hear this man’s truth, you had to pay for the 2-day course without knowing the schedule or what subjects he would talk about. I did it, for some reason, and I went there completely blind, not knowing what to expect.

I spent two days with this gentleman and four other people in the basement of a holistic clinic that he rented for the occasion. The guy spoke for the whole time with such a passion, that I was willing to hear more from him despite the fact that almost everything that he was saying sounded very absurd to me at that time. But at least it was entertaining, I thought.

By the end of the course, I was introduced to the man who owned the holistic clinic and it was said that he developed a technique that could help on understanding what was explained in this course by opening and regulating our chakras, so we could have access of our past life’s memories. I got intrigued and spent the next two years doing weekly sessions with him. I had the most amazing times and uncovered a lot of things and memories about myself.

One particular fact happened to me though. Before we had the first session he asked me if I was sure I’d like to do that because my life would turn upside down as I’d get all my life’s “karma” – probably from the next 50 years – in five. By that time, I was single, living alone in a very nice condo just outside of Sao Paulo, with a nice car and a nice job. The life of my dreams. I immediately replied “sure, why not. What can possibly go wrong?”.

No need to say that the next 5 years hit me like a tornado. I changed jobs 5 times (including leaving a successful career in a major multinational that I worked for the past 8 years), my daughter was born, I moved to Canada, I got married (not with my child’s mom!), lost all my possessions and money and had to started again from scratch, just to mention a few.

But at the end of that period – which was hard to focused on spiritual studies – I started to have that same feeling right after I did that course with the “crazy genetic quantum leap” guy, just a little different. While my professional life was finally starting to stabilize again, I was still adjusting some of my personal life’s issues, but I already started to have all this books, videos, readings and people coming into my life. I read, watched, talked to all of them at the same time in a hallucinating speed. All happening so fast at the same time. And I was amazed that I could handle all of it.

I met amazing people, I studied and learned things that I could never imagined, and my life changed again. I finally had the first direct contact with my mentors and discovered what I was supposed to do with my life. And it was just the beginning.

My life’s purposed is to help people like you to live a better life – both personal and professionally – and to wake up to the cosmic reality. Let me help you and together we can grow strong as one. You are here for a reason. You are reading this because you have the potential to be more, to do more in this lifetime.

It’s a long and never-ending journey, but we can do this together. Let me help you and you can also help me on the way. 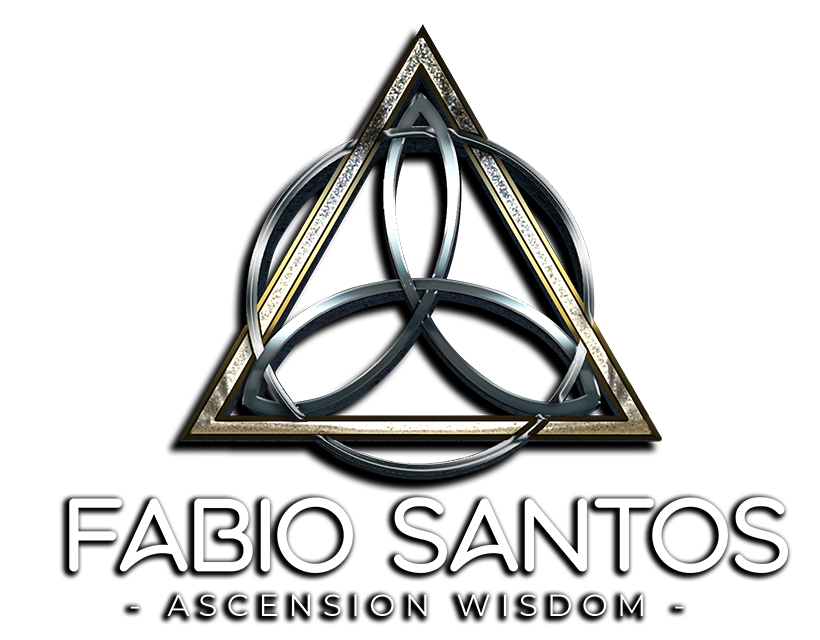